Jenna was the Queen of The Queens until she was kicked off by Brenda and then she was nothing but a lonley fool until she notice a new band in the school called "Dacav4" until she decide to join them now Jenna is Dacav5's lead singer and everyone loved thier music but , thier still the unpopular band

Jenna has been going through alot of stuff with her friends and enemies but, in th end she will find out the true meaning of friendship by working together and being a friend.

This enables her to learn more about her "craft" (acting, singing, and dancing) and make new friends. Though she is still sometimes out of her element, she is quickly learning how things work at Ashfalls High and really doesn't know what's coming next at the anything but ordinary school.

Jenna is pleasant, positive, kind, short-tempered, easy-going, funny, sweet, intelligent, serious, forgiving, more mature and responsible than her sisters, and can be shown to be neurotic and impatient and sometimes stresses out a lot. Nevertheless, she is always there when her friends need her, such as in Helpless when she pretends that Alex came back to life to make his brother happy and in Jenna Fixes Joannie and Justin, where she helps Joannie and Justin get back together and again in Broken Hearts.

Jenna shown some sights of a small crush on Justin as she begins to like him a little more than she thinks but, she turned him down for Andy.

Kolten and Jenna met each other in The New Jenna as they begin thier relationship together until she founds out that he is cheating on her with multiple women and broke up with him.

Rock With Me performed in (Music Box)

Anything Could Happen performed in (It Takes Time)

Bound To You performed in (Just Marked)

The Kind Of Music I Like performed in (Musical Favorites)

Only You performed in (Only You) 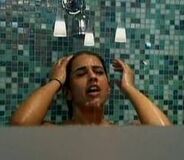 Titainium performed in (A New Beginning)

Explosion performed in (Fired Up)

In My City performed in (Fired Up)

This Love (Will Be Your Downfall) performed in (Crazy)

I Know You Care performed in (New Starz)

You My Everything (Fallout)

Under The Sheets (Auditions)

(Singing With Dacav5 or Group)[]

Let It Shine performed with Dacav5 in (PROM!)

The Music Is Dropping You performed with Dacav5 in (Marriot Pilot)

The Runway performed with Dacav5 in (Marriot Pilot)

Gravity performed with Dacav5 in (Cardio)

Rules For Being Popular performed with The Queens in (Marriot Pilot)

Rumor Has It performed with Jackie and Dana in Talent Show

Fly Away performed with Jackie and Dana in Spectacular

I Think Im In Love performed with Andy in Empty Times

Empire State Of Mind performed with Dacav5 in Spectacular

All About Tonight performed with Dacav5 in PROM

Just Give Me A Reason performed with Justin in (Justifying Love) 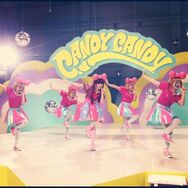 Bring Up The House performed with Luke Friend in (Justifying Love)

We Are Young performed with Fun. in (Gone) 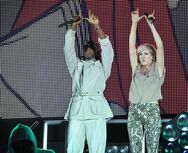 Hanging On performed with Tinie Tempah in (Gone)

Anything Could Happen (Reprise) (Jo) (The New Jenna) 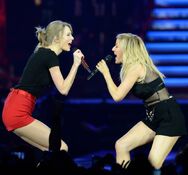 Jenna in Reunion
Community content is available under CC-BY-SA unless otherwise noted.
Advertisement